Need a solution right away? Request a quote now!

When it comes to product packaging, you need the right company on your team to help you through the entire process. Packaging Utah doesn’t just provide you with packaging. We offer a wide array of packaging equipment and label machines options to help you fill it, pack it, and ship it fast! Utah Packaging works with its equipment providers to source the best fit in machinery for your specific production needs. We have the service techs that provide friendly, knowledgeable feedback while resolving any equipment issues.

The Equipment You Need And The Service You Want

We have a proud tradition of anticipating and responding to the challenge of our customer’s evolving demands and managing those demands with the right packaging equipment. We’ll work with you on the best and most appropriate equipment choice, and we have packaging equipment available to help fulfill any order, large or small.

The Right Choice in Packaging Equipment

Thanks to our friends at ABC Office for the video about how to use the Traco SuperSealer IBar Shrink Wrapper.

As a boy and young man, John J. Palica was thrilled by the challenge of athletic competition.

Palica played high school basketball and baseball and continued his baseball career in college in California, where he was drafted by the Minnesota Twins. But an injury shattered his major-league dreams, leaving him with nothing but the hard-hitting persistence and dedication he had developed as an athlete.

Palica got a job selling shrink film and quickly realized he could serve the industry better than his employer. After being turned down by venture capital firms, he borrowed his father’s retirement savings to develop the SuperSealer, a reasonably priced shrink-wrap machine designed for small and medium-size businesses.

He also created a “razor/razor blade” opportunity for Traco by entering the shrink-wrap supply business. Clients who bought one of Traco’s SuperSealers continue their relationship with the company because it also supplies the wrap used in the machines.

There are now over 275K units in use today.

The Equipment You Need And The Service You Want

For the best packaging design company that Utah has to offer, be sure to enlist the help of Packaging Utah. Learn more about our team and what we can do, or simply contact us today to get started!

Ready to Make Your Vision a Reality?

For the best packaging design company that Utah has to offer, be sure to enlist the help of Packaging Utah. Learn more about our team and what we can do, or simply contact us today to get started!

Packaging Utah’s location and scale allows us as a packaging distributor in Utah to offer just-in-time delivery to our customers throughout the state. Packaging Utah’s 60,000 square foot Facility is located in Utah County just seconds from I-15.

Our on-site warehouse holds one of the largest inventories of shrink film and packaging supplies in North America. A fleet of trucks stand at the ready to bring you the packaging materials you need when you need them.

Your order will usually ship within 24-48 hours. 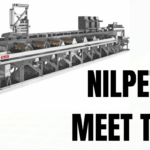 At Traco, we are always looking for ways to improve efficiencies, provide the best lead times, and offer...

Meet the Newest Member of the Packaging Utah Team! We are pleased to announce the newest member of... 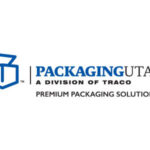 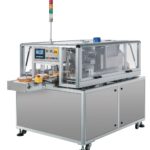 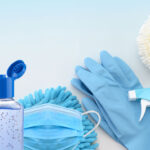 Keeping Safe During the Covid-19 Pandemic 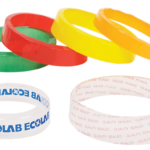 Pre-forms or Not? The SuperSealer® Shrink Band System